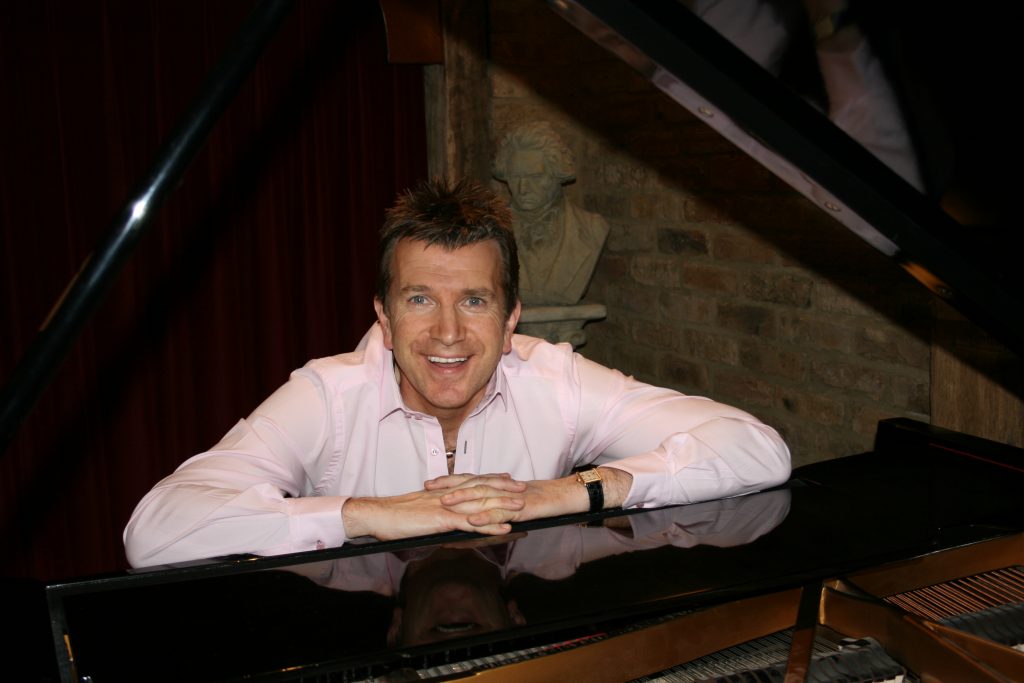 Barry is an honours graduate of the Grove School of Music, Los Angeles, majoring in Composition, Arranging and Conducting.  On returning from the States he took the role of Musical Director/Arranger at the prestigious Sporting Club in Monte Carlo, working alongside such stars as Whitney Houston, Natalie Cole, Kool & The Gang and the great Sammy Davis Jnr. Following his time in Monte Carlo Barry has toured extensively with various groups, including The Temptations, Three Degrees, Supremes, Odyssey and Rose Royce and has also worked with Michael Ball, Lesley Garratt, Kevin Spacey, Cliff Richard, Kiki Dee, Madeline Bell, Paul O’Grady, Des O’Connor, Bradley Walsh, Jane McDonald and Tony Hadley. His many television credits include the Prince’s Trust Concert, Variety Club Awards, Indie Awards, Olivier Awards, Children in Need, Good Food Awards, The 5’Oclock Show and The Big Stage. He composed and arranged the theme music for the Midas Touch for Carlton Television.  In the corporate world he has written and played for numerous corporate and trade shows for such clients as diverse as Disney, BMW, Jaguar, VW, Bank Of Scotland, The Didier Drogba Foundation and Mercedes Benz. His associations with West End shows include Fame at the Cambridge Theatre London, Smokey Joe’s Café, both at the Prince of Wales and on the UK Tour. He later became the show’s Musical Supervisor, whilst also holding the position of Associate Conductor on Saturday Night Fever at the London Palladium. His most recent appointments in the West End have been as the original Musical Director of The Rat Pack-Live From Las Vegas and The Genius Of Ray Charles. He was Musical Director for Magic Of The Musicals, ‘Ain’t Misbehavin’ ,Salute to Sinatra and Hot Stuff and has been vocal supervisor on Spirit Of Christmas Spirit of Broadway, All You Need Is Love and Dancing Queen”. Most recently Barry arranged and orchestrated the new Richard O’Brien musical The Stripper. He works extensively in the USA and has just returned from a US Tour of That’s Amore. He also works as Musical Director for the legendary Mickey Rooney and has performed at various venues across the USA including the famous Harrah’s casino in Atlantic City. Barry lives in Hertfordshire, likes to keep fit, is an avid Manchester City supporter and enjoys playing football, tennis and golf. Much of his time is now spent working for his own production company BR Music Group LTD and being in his home recording studio.